At first glance you will be mesmerized by Maharajah's macho presence, he is a large male with solid strong conformation, excellent bone substance, and a fantastic head.

Upon closer examination and checking out this stud, you will notice the high degree of luster, extreme density, amazing coverage, excellent bite and wonderful fineness.  You would be hard pressed to find a flaw with this male.

Maharajah's long drapey locks are consistent and ropey.  He has been shown in dark classes, he is somewhere between a dark brown and a bay black, closest to mahogany if that was an ARI color.

His pedigree is just as amazing as he is!  His sire is MacGyver's Balboa, During the 2006/2007 show season alone, Balboa won 16 AOBA Certified Halter Class CHAMPIONSHIPS, as well as 20 First Place Halter Class Blue Ribbons under 10 DIFFERENT JUDGES, and ALL before
he was 22 months old!!  On May 2007 (22 mos of age) MacGyver's Balboa was a WORLD RECORD HOLDER for the most AOBA Halter Class COLOR CHAMPIONSHIPS in history...EVER!  Then in May 2008 Balboa received his 17th championship—in Fleece at the 2008 AOBA National Fleece Show—along with the very prestigious Judges Choice and Best Lock Awards (both awards were out of all colors!)

Maharajah's first crias are here!  You can check out Raj's 1st on his page - Casanova!  His 2nd cria is owned by a client and they are so pleased with the cria that they rebred Raj to the female!

Show results:
2nd place - 2011 Alpacamania, judge said he was well deserving of 1st place, however according to new AOBA rules, his leg fiber disqualified him from first place :( 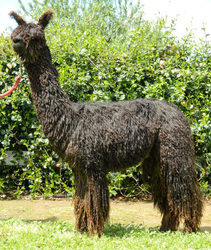 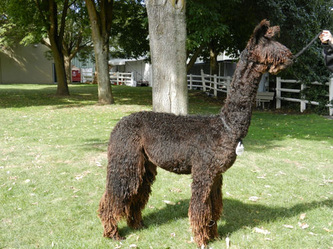 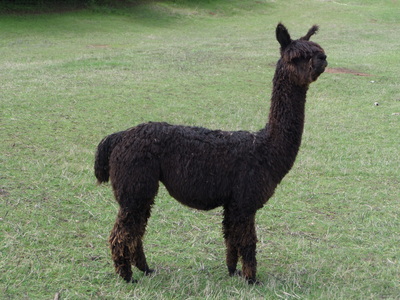 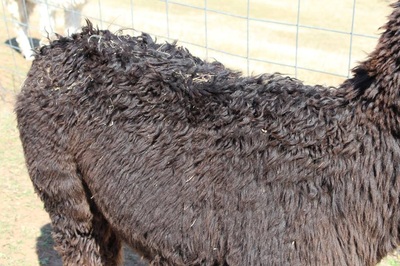 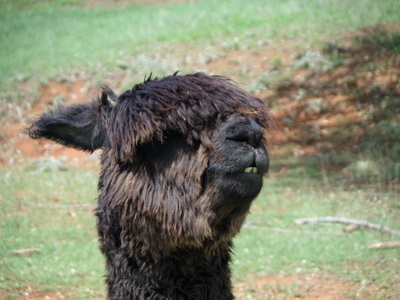 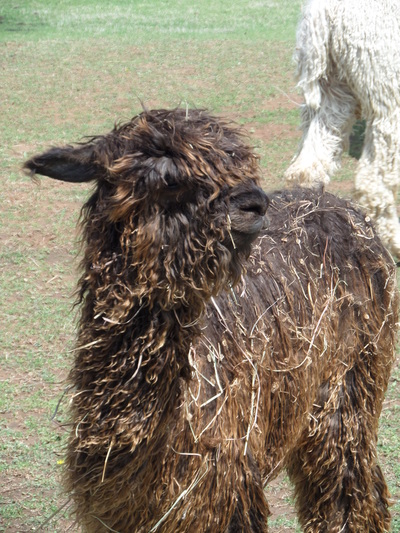 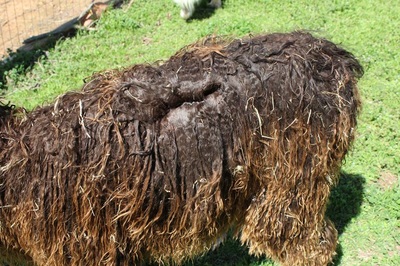 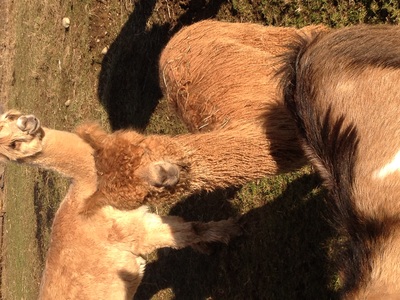 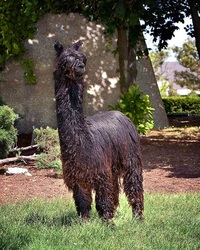 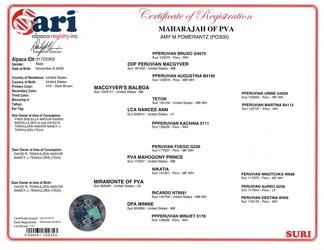